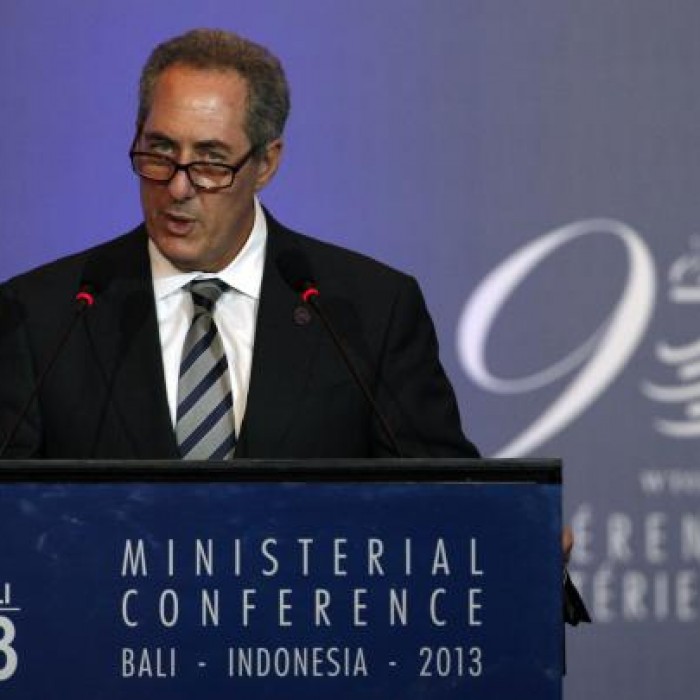 (Reuters) – China has lost a dispute at the World Trade Organization over limits on rare earth and metals exports, handing Europe and the United States a victory over what they see as Beijing’s unfair trade practices.

“Today’s ruling by the WTO on rare earth shows that no one country can hoard its raw materials from the global market place at the expense of its other WTO partners,” said EU Trade Commissioner Karel De Gucht.

Prices of the prized commodities soared by hundreds of percent, and the United States, European Union and Japan complained that the export restrictions gave Chinese companies an unfair competitive edge. China said limits on exports of rare earths, as well as the metals tungsten and molybdenum, were needed to prevent over-mining.

Any of the parties in the case can appeal within 60 days.

“China’s decision to promote its own industry and discriminate against U.S. companies has caused U.S. manufacturers to pay as much as three times more than what their Chinese competitors pay for the exact same rare earths,” U.S. Trade Representative Michael Froman said in a statement.

Demand for rare earths comes from a variety of industries. General Electric (GE.N) uses rare earths in wind turbines. Toyota (7203.T) and Nissan (7201.T) use them for their hybrid and electric cars, while Blackberry (BB.TO) and Apple (AAPL.O) need them for smartphones and tablet computers. The USTR cites estimates that industries using rare earths contribute more than $300 billion to the U.S. economy.

Shares of companies mining or exploring for new sources of rare earths soared in 2010 on speculation that China’s crackdown could boost demand for alternative sources, but a slump in prices recently as new supply has come on board from Australia has weighed on earnings of producers like Molycorp Inc (MCP.N).

China had been widely expected to lose the case, after a successful challenge two years ago to China’s export restraints on a different set of raw materials used in the steel, aluminum, and chemicals industries, including bauxite and magnesium.

China’s Ministry of Commerce said the head of its treaty and law department welcomed the WTO’s recognition of its efforts to conserve resources and protect the environment, but regretted that the panel found China’s export duties, quotas, and quota administration breached WTO rules.

“China believes that these regulatory measures are perfectly consistent with the objective of sustainable development promoted by the WTO,” it said in a statement, adding that China was currently assessing the WTO report.

“However, as unequivocally confirmed by the WTO panel, the sovereign right of a country over its natural resources does not allow it to control international markets or the global distribution of raw materials,” the European Commission said.