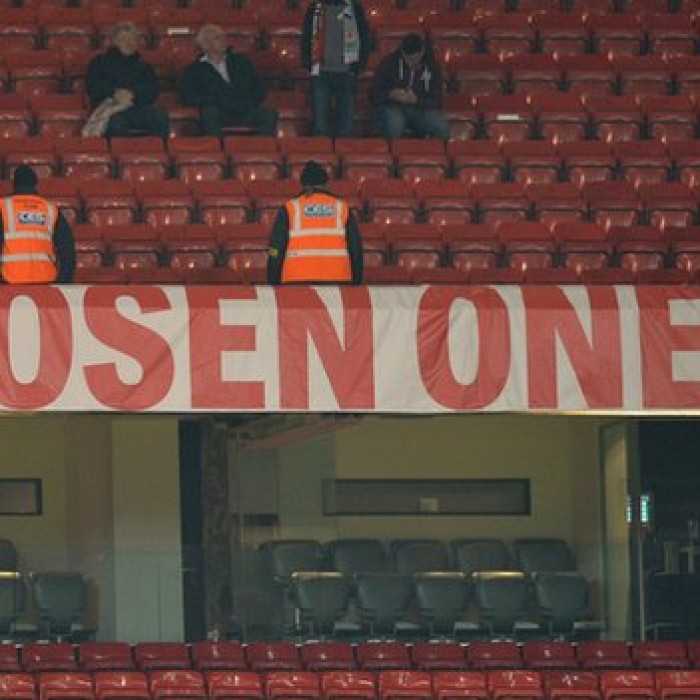 The sight of a line of Old Trafford stewards guarding “The Chosen One” banner draped over the Stretford End since the appointment of David Moyes as Manchester United manager suggested the mood has started to sour.

And the sound of loud and mutinous voices – not too many but enough to be noticed – raised against Moyes and even in the direction of Sir Alex Ferguson,   the man who did the choosing, in the directors’ box as Manchester City inflicted the latest embarrassment on the fallen Premier League champions carried even greater significance.

Liverpool winning 3-0 at Old Trafford less than a fortnight ago was arguably a greater shock to the system than City winning by the same margin on Tuesday as the Merseysiders have barely appeared in United’s rear view mirror in title terms in recent years.

But there was a difference. United’s supporters stayed in place in a noisy show of defiance as Liverpool fans taunted them, but here thousands left long before Yaya Toure added to Edin Dzeko’s two goals to deliver a scoreline that still failed to accurately reflect City’s overwhelming superiority.

For the second home league game in succession, Old Trafford echoed to the elation of opposing fans as the chasm in class once more highlighted the alarming decline that has engulfed United since Ferguson went into retirement.